The time for discussion alone has come and gone.  We are currently in a climate crisis which demands bold and immediate action in terms of both mitigation and adaptation.  Our lives and future depend on this.  ~ Angela Jensen, Conservation/ Legal Director

Climate Change: The Science and the Basics

Climate change refers to a change, or shift in our climate patterns, largely caused by the burning of fossil fuels.  Climate change is often referred to as “global warming.”  This is because climate change is driven by the “greenhouse effect” which is increasing the average temperature of the earth’s surface.

Here’s how it works:

Many of these heat-trapping molecules are naturally occurring and it’s a good thing we have them!  Because of these molecules, we have a warm and habitable planet.  Without them, our average temperature would be about -18° Celsius, or 0° Fahrenheit.

However, the concentration of greenhouse gases has steadily increased since the beginning of the industrial revolution and our burning of fossil fuels.  This concentration, measured in parts-per-million (ppm), has historically fluctuated between 200 and 300 ppm.  But now, according to the National Oceanic and Atmospheric Administration, the concentration is more that 415 ppm.  And as a result of this heightened concentration, our atmosphere is trapping more of the sun’s radiation, further warming our planet’s surface- ultimately causing a shift in our climate that is mostly anthropogenic. Greenhouse gases come in many heat-trapping molecules such as carbon dioxide (CO2), methane (CH4), nitrous oxide (N2O), fluorinated gases (F-gases), and even water vapor.  The most common molecule in our atmosphere is water vapor, but the most prevalent molecule that is of great concern is CO2.  This is because the quantity of water vapor in our atmosphere would not change if it were not for the increase in non-condensable gases like carbon-dioxide.

But with the increase of carbon dioxide, the subsequent warming effect increases water vapor in the atmosphere- further increasing temperature.  This is known as a positive feedback loop.  Thus, it is the addition of greenhouse gases that are key contributors of climate change.  And carbon dioxide contributes upwards of 80% of greenhouse gas emissions in the United States. According to the 2018 Oregon Global Warming Commission report, this picture does not look much different for us here in Oregon.  The following graph provides that electricity and transportation contribute the most CO2 equivalent emissions.

However, according to a recent study from Oregon State University, logging in Oregon is by far the largest source of emissions– contributing more than 33 million metric tons of CO2 equivalents into our atmosphere each year.  This far exceeds the estimated 23 million metric tons emitted from the transportation sector. According to the Intergovernmental Panel on Climate Change, the Pacific Northwest will become warmer and dryer as a result of climate change.  Our region is already experiencing this with record breaking high temperatures and decreased snowpack in the higher elevations giving way to extended fire seasons, intense wildfire events, and summer low flow events. Mitigation and Adaptation in the Umpqua

Climate scientists have repeatedly warned us that without a comprehensive mitigation strategy coupled with a strategy for adaptation, we will be very ill prepared for what is coming.  Even if we stopped emitting greenhouse gases today, the emissions already in the atmosphere will continue to warm our planet and influence our climate for the next 50 years.  Therefore, mitigation alone is not enough.  We must also find and finance ways to adapt to the coming changes.

The Role of Our Forests

First, it is important to understand the role of forests in general.  Through the process of photosynthesis, trees take in carbon dioxide from our atmosphere and store this carbon within itself and the soil.  This is why our forests are often referred to as the lungs of the planet.   We often think of the forests in South America and other tropical regions as being key sources of this carbon and oxygen exchange as well as vital carbon sinks and reservoirs.  And they most definitely are.  But our forests here in the Pacific Northwest are just as important.  Truth be told, our native forests here in the Pacific Northwest actually sequester more carbon per hectare than the tropics.

There is a difference between a carbon sink and a carbon reservoir.  A carbon sink is a source that has the capacity to accumulate carbon- or take it into itself and out of our atmosphere.  Think of as sink as a cleansing or filtering mechanism.  It is an ongoing process.  For example, each live tree goes through the process of photosynthesis and continues to do so for its own survival.  The tree is a carbon sink and the process by which it takes in the carbon and stores that carbon is called sequestration. This is the role of our forests as a climate mitigation tool.  It’s an important one.  And the best part about it is that it doesn’t require funds for research and development.  We have the forests!  Let’s protect them.  We have plenty of plantations to support our wood product needs.

Climate change is already upon us.  We are already feeling its impacts.  So are our forest ecosystems and the species they home.  Dryer than average conditions are giving way to more frequent and more intense wildfires.  We are experiencing summer low flow events and decreased snowpacks.  All of this impacts species and ecosystems- mostly in a negative way.  So, adaptation becomes necessary.

Adaptation can take many forms, from changed behavior to migration.  But science has shown us overwhelmingly that the greater the resilience of a species, ecosystem, or community the greater the chances of adaptation and survival.  And by and large, resilience comes in the form of intact ecosystems. 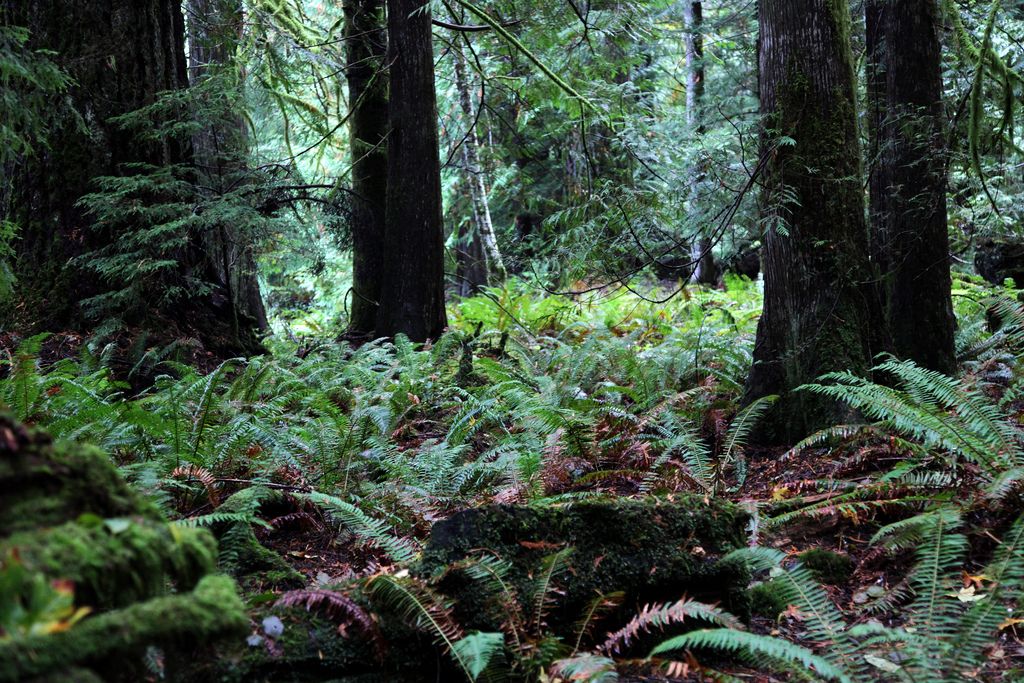 But the moment we interrupt the natural processes of our forests by logging or “treatment” we take away the ecosystems natural capacity to be resilient and adapt to change.

Our older and mature forest ecosystems are more resilient to the negative effects of climate change- like wildfire events, drought, pests, and other stresses.  And by being resilient itself, it continues to provide habitat and a resilient ecosystem for many species.  This is why it is so important that we protect large areas of unspoiled habitat.  Again, an intact ecosystem is a resilient one.  Not only does it provide a buffer for various species to the impacts of climate change allowing them space and time to adapt, it also provides species with the chance to safely migrate if need be- particularly if we also provide and protect corridors that connect these ecosystems.

Old growth and mature forest ecosystems are already very resilient to wildfire.  So, there is little doubt that protecting mature and old growth ecosystems will also provide resilience for communities against wildfire events- events that are becoming all too common now. 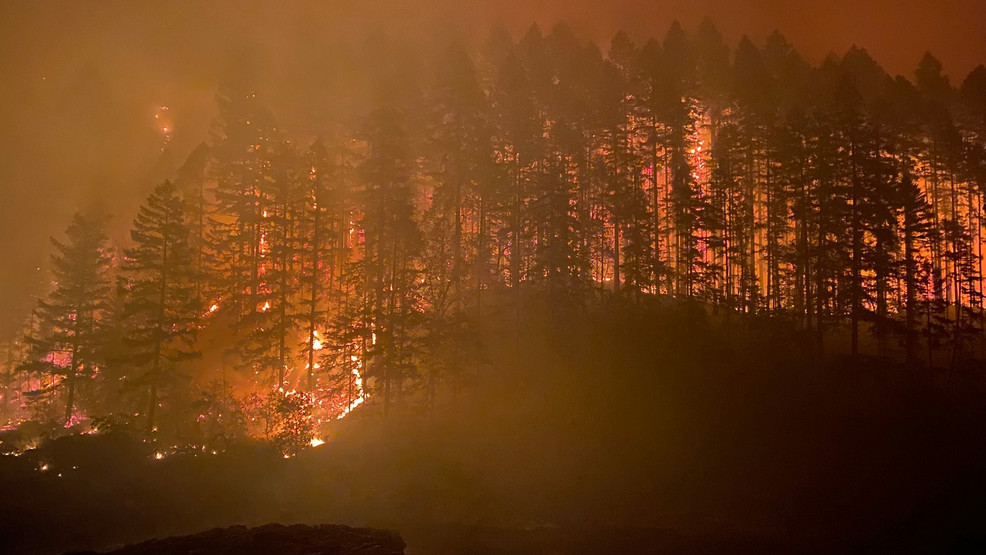 We must also recognize that our forests are the source of many ecosystem services- from clean water, to clean air- to habitat for species that we are inevitably connected to, even indirectly.  Thus, these functioning forest ecosystems are going to be crucial to our own resilience to the coming changes brought on by changing climate.

Myth #1:  Old growth forests are no more important to climate change mitigation than younger forests and those harvested on shorter rotations.

False!  Not only are there many emissions associated with the removal and processing of forests for wood products, but what carbon is stored in the finished product only remains stored for the life of the product.

Along with many of our great radio shows, find our Climate Change show segments here.  We will present a new episode every 2 weeks featuring scientists and other experts to help educate us on the science, the coming changes, impacts on biodiversity, mitigation and adaptation, and even changes we can make on the local and individual level… all focused on our current climate crises.